Is working out while fasting a good idea?Abso-freaking-lutely.

Not only is it okay. But a growing number of studies show that there are massive benefits gained from working out while fasting. It can even enhance the long-term health benefits of your workouts. I explain this in further detail in this video.

Does fasting cause muscle loss?

If you’re worried about losing muscle, don’t be!

This study revealed that you can actually maximize your muscle gains when you train in the fasted state. And another study indicates that when you do strength training in a fasted state, the nutrients you consume afterwards will be better utilized by your body than if you hadn’t been fasting during your workout.

But energy drink companies like Gatorade would have you believe otherwise.

Back in my early days of training, I was always told that I needed to fuel up and eat carbs before a workout. That’s probably what your personal trainer told you. That you need to be sipping on gatorade so you can have energy while you’re working out. That’s just wrong.

Humans have no requirement for carbs

Did you know that humans have no requirement for carbs? While dietary carbs are normally the main source of fuel in the body because that’s what we’ve been led to believe for the last 30 years, it’s not an essential macronutrient. If you remove them from the diet, the body simply switches to burning fat for energy instead. So let’s talk about how your body utilizes energy when you workout while fasting.

The body starts by burning glycogen, the sugar stored in the liver. It’s a quick hit of fuel. But your body generally carries enough glycogen for twenty four hours, around 2000 calories, so it can sustain a fair amount of exercise before running out.

You really only have to worry about your glycogen stores running out if you’re an endurance athlete. For example, if you do ironman competitions, marathons, and ultra marathons. Those athletes sometimes definitely hit the proverbial wall. Their glycogen stores run out, leaving their muscles literally running on empty. Here’s a famous picture of an ironman triathlete crawling to the finish line because she used up all her glycogen stores. 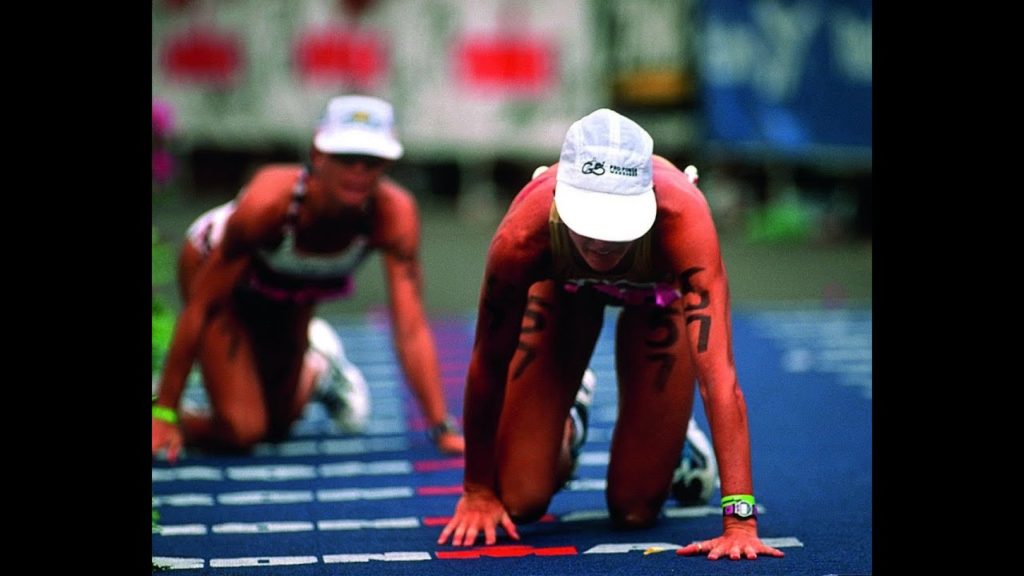 Again, that’s why we’re sold on this idea that you need to drink gatorade to replenish our glycogen stores. Right? And it seems like a great idea from a marketing a standpoint.

But here’s the thing. When our glycogen stores run out, we’re still carrying about 40,000 calories worth of stored energy in the form of fat, see this? It’s not just there for looks! And during fasting, our body switches from burning sugar to burning fat.

Following a very low carb diet, or ketogenic diet, also trains your body to burn fat. Working out while fasting actually triggers a variety of metabolic adaptations that will actually increase your workout performance while you’re fasting.

Working out while fasting also trains your muscles to burn fat. Instead of relying on limited glycogen stores, you can use the almost unlimited energy available your fat stores. Your muscles actually adapt to use whatever energy source is available.

From an evolutionary standpoint, this makes sense. When food wasn’t available during the Paleolithic times, our hunter ancestors simply switched to burning body fat for energy. We would’ve gone extinct if our body didn’t have this capability.

Fast forward to today’s elite athletes and MMA fighters like Georges St Pierre routinely trains in the fasted state and he’s credited that when it comes to improving his performance. Lebron James also eats a low carb diet and I think he’s performing okay. Actors like Hugh Jackman and Terry Crews are also big proponents of intermittent fasting. They also look okay.

Does working out while fasting affect performance?

And for those of you concerned about whether your actual workout performance will suffer as a result of fasting, don’t worry. Studies have been done on Muslim athletes who fast for Ramadan, and their athletic performance didn’t suffer.

In another study, a three and a half day fast did not affect any measurements of athletic performance. I experience this first hand when I did a 3 day water fast and I worked out in all three days. Just to prove this point.

And based on my personal experience with it long term, training in the fasted state transformed me from an overweight desk jockey to a National Level weightlifter. My private coaching clients also seem to thrive in this way of training.

Now, if you’re an endurance athlete, you can store far more energy in the form of fat than in glycogen, right? If your body can be trained to use fat as your predominant fuel, your fuel tank is more than ten times as big as the carbohydrate tank which gives you a significant advantage.

But there’s a bit of a catch.

During the time when you’re adjusting to the change from burning sugar to burning fat, you might notice a decrease in your athletic performance. Don’t worry, it’s temporary and only lasts about two weeks. Because as you deplete your body of sugar, your muscles need time to adapt to using fat. You can’t just flip a switch from being a sugar burner to being a fat burner. It takes a little bit of time. This process is sometimes called keto adaptation.

So, can you workout while fasting? Absolutely. I think the better question is, why aren’t training fasted? Once you give your body time to become keto adapted, you can train harder, build muscle, and burn fat. All at the same time. It’s an absolute no-brainer.