Working out but not losing weight?

It’s not your fault.

Raise your hand if any of these sound familiar: You’ve done about a thousand sit-ups. You’ve spent spent hours on the treadmill. You go to spin class seven days a week. But you’re just not seeing any results when you look in the mirror.

You’re not getting a very good return on your time invested at the gym. Sound familiar?

Listen, it’s not like you’re not working out hard enough. You are. That’s actually not the issue here.

I’m sure this question has popped in your head at some point in your journey.  I’m working out but not losing weight. Why??

In this video, I’m gonna tell you exactly why and what to do instead.

Why am I not losing weight with exercise

Working Out But Not Losing Weight – Explained

Exercise is considered by many as one of the key pillars of weight loss.

That’s what I believed in for the longest time.

And this has really been the result of brilliant marketing by food companies. The connection, according to their “expertise” is supposedly calories. And exercise is the great equalizer.

So far so good, right?

If you exercise enough, you can just burn off the calories that you eat. That’s why you’ve got elliptical machines, stair masters, treadmills, and fitness trackers that tells you how many calories you’ve burned. And it seems like a pretty straight forward idea.

Calories In VS Calories Out

This ties in closely to this calories in-calories out model that everybody including their dog believes in.

It’s that if you eat a McDonald’s blueberry muffin for example, which has a whopping 430 calories and a mind blowing 31 grams of sugar, you can just go for a run or spend an hour on the StairMaster during your lunch break or after work until you accumulate 430 calories and then you’re break even.

And then everyone’s happy and you can completely forget about the muffin you ate that day. The result is that we’re all skinny, and everyone is walking around with a six-pack, and we all lived happily ever after.

But the truth is, it doesn’t work like that. And that’s not really breaking news for anyone especially if you’re working out but not losing weight.

If this theory worked, we wouldn’t have an obesity problem and 1 in 10 Americans wouldn’t have diabetes right now. In fact, the number of Americans with diabetes has quadrupled since 1980. Around the same time when the first American Dietary Guideline was released telling Americans and basically the rest of the world to eat a diet that’s very high in carbs and low in saturated fat. 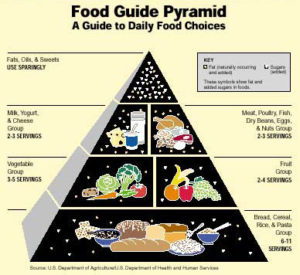 The problem is, the calories in vs calories out weight loss model hasn’t really worked.

At some point, you have to start asking yourself if we’re being given the right information. If you wanna know more about this topic, here’s my video explaining why calories in vs calories out doesn’t work.

Calories in vs calories out myth

Now I want you to understand a simple but very important concept about exercise and diet. The pathways that are involved when you workout versus when you eat are two completely different things. This should shed some light why you’re working but not losing weight and it really comes down to basic human physiology which nobody talks about.

Going back to the muffin example. Muffins are made out of refined carbs and sugar. A lot of sugar. That shouldn’t be breaking news to anyone. It’s almost offensive that the word “blueberry” is attached to it.

When you eat it, your body metabolizes all that sugar and turns it into glucose, and it’s gonna cause the hormone insulin to go up, and it’s going to cause you to gain weight. Do this repeatedly over time and the sugar that you eat will cause a fatty build up in your liver which will create a lot of insulin resistance and even liver disease, so eating muffins and other refined carbs aren’t good for you. It’s fattening. And we all know that. It’s kind of a generally accepted truth.

If that’s news to you, well, now you know. You’re welcome.

But it’s not a very good marketing tool if you sell muffins or if you’re a company like gatorade because telling people that your product is fattening won’t sell a lot of products. So you have to sort of sell it that it’s not that bad for you. As long as you exercise, you can eat your muffins.

As long as you’re working out, you can power yourself with gatorade. And they use professional athletes in their commercials for this and everyone thinks that drinking gatorade is good for you. But you’re literally just drinking liquid sugar. How could anyone possibly think that that’s good for you?

The benefits of working out

Now let’s actually talk about some of the benefits that you get working. And there’s a lot of good things that happen in your body when you do it. If you do some sort of cardio workout for example, you’re getting your heart to pump and that strengthens your heart. If you do resistance training like bodyweight exercises, or lifting weights, you’re working out your muscles.

In either case, whenever you put something under stress, your body initially sustains some minor damage and then repairs itself in order to cope with that ongoing stress so when you lift heavy, you get micro tears in your muscles and when you rest, your body repairs itself and rebuilds the muscle stronger so you can lift heavier weights and that’s how you gain muscle. And everyone knows that. That’s why you do curls for the girls.

Now if you’re someone who likes to run, it’s kinda the same thing. It exercises your heart and if you do it repeatedly, you can handle longer runs, and you can start doing marathons.

The ugly truth about working out

But here’s the number one problem if you haven’t been able to connect the dots yet. You can exercise your muscles but you can’t exercise your liver. And no, drinking doesn’t count as exercise for your liver. They’re completely different physiologic mechanisms. Yes, you’ll get stronger, and some people will argue that exercise can deplete muscle glycogen, and I agree. Yes, you’ll deplete some of the excess energy in your body but very inefficiently. Again, think professional athletes training all day in this scenario.

But at the end of the day, exercise has nothing to do with the liver which is what processes the calories that you eat. At no time, does exercise and your liver function intersect. They’re completely different pathways. This is why you see those poor souls at the gym who are working out but not losing weight. They spend hours and hours on the treadmill or the elliptical machine burning hundreds of calories while sipping on Gatorade but they just don’t see any results for their efforts.

They’re frustrated and they think it’s their fault because they’re just not working out hard enough or they have no will power, so they quit.

Raise your hand if you’ve ever found yourself in that exact situation before or you can leave a comment below because I can’t really see if you’ve got your hand raised.

You can’t outwork a bad diet

Again, it’s not like you could undo the damage of a bad diet like eating too much sugar just by working out. It doesn’t work that way and you see this with endurance athletes who become very insulin resistant because they consume too much sugar. You see this all the time when they sip on those energy gels or whatever they’re called to power them through a race. What I always say is, remember, exercise is good for you. It’s like brushing your teeth. You should do it every day. You get stronger and fitter, you build muscle, you get better mobility, and other good stuff.

For example, your body releases endorphins that trigger a positive feeling in your body which improves your self esteem, it reduces stress, it increases energy levels, you get better sleep, and other awesome stuff. But weight loss is not really one of them.

So diet is diet and exercise is exercise. Just don’t confuse the two.

If you have weight to lose, that’s a dietary problem. You need to fix it with diet. You CAN’T fix it with exercise. If on the other hand you’re not strong enough, you want to be able to run without needing to call an ambulance, well that’s an exercise problem.

So as you can see, they do go hand in hand like peanut butter and jelly. It’s not like you can simply diet and build muscle. It doesn’t work that way. If you diet, you’ll lose weight but you’re not gonna build muscle. That’s where working out comes in. Just don’t think that you can exercise your way to a six-pack. 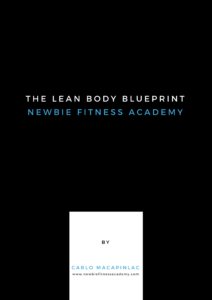