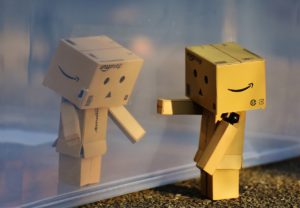 I was always a little behind.

When I was younger, I never got a Playstation until it got cheap and my family could afford it.

I never got a cellphone until I was in high school.

While everyone was chasing girls, I was chasing the final boss of whatever game I was playing at that time.

My body resembled the Michelin man even in to my mid twenties. I would change in record time in locker rooms because I didn’t want other people to see me shirtless.

I had what kids these days would call a “Dad bod”. I remember buying t-shirts and shorts that were so big, you could fit another person inside while I was wearing it.

My idea was the bigger the shirt, the more it would hide my fat rolls when I sat down. I also always wore a hoodie just to make sure I doubled up.

I’ve never really told this to anyone, but I was always envious of my friends who had chiseled abs. It looked like they just came off the set of Baywatch. I watched on the sidelines eating my feelings away as they surround themselves with beautiful women.

If I ended up at a pool/beach party for some minor miracle, I always made a point to keep my shirt on. When people asked me why, my excuse was “I don’t want a sunburn” or I forgot my bathing suit”.

But I was lying to them and to myself.

I hated how I looked.

I desperately wanted to look like the “cool kids” because they didn’t have a spare tire around their stomach.

Those thoughts haunted me for years. I’m not ashamed to admit it now, but I sure hated that time of my life.

A few years later, I began working out.

I made a few mistakes (actually, a lot) along the way but it saved me from the mental turmoil I dealt with from being overweight.

My body started to change right before my eyes. I started to lose weight and found my abs for the first time in my life.

But I still found myself wishing I was as lean as the guy next to me.

Deep inside, I was still unhappy with where I was at.

I would look at fitness magazines. I would go on social media and see everyone’s progress pictures and it made me feel like my efforts weren’t good enough compared to theirs.

(Click here if you want to find out why I stopped looking at other people’s progress pictures and you should too.)

It made me feel inadequate.

But after a while, I eventually got sick and tired of the crap that I kept telling myself.

Eventually, I learned that comparing myself to others was a dead end, but not because it made me frustrated.

But because it was absolutely unfair to my mental well being. I had been doing so well and have made so much progress.

I realized that I’m my own person. No one else was exactly like me.

And I eventually learned the only person I needed to compete with was myself.

The day I learned to stop comparing myself to others was the day I realized how much power I had within.

I know it’s not easy to stop comparing yourself to others you’re bombarded with progress pictures being posted all over the internet every single day.

But if you compare yourself to others, you’ll never be able to realize your unique potential and be happy with your own progress.

The world would be such a better place if you just focus on your own journey instead of always trying to measure yourself up to other people. Because if you do, you’ll always come second best.