The fountain of youth exists.

If you’re a sports fan or you’re into athletics, you’ve probably heard of human growth hormones. A lot of people associate it with cheating and steroid use when taken in its synthetic form because of it’s performance enhancing effects. However, did you know that your body can increase HGH naturally? 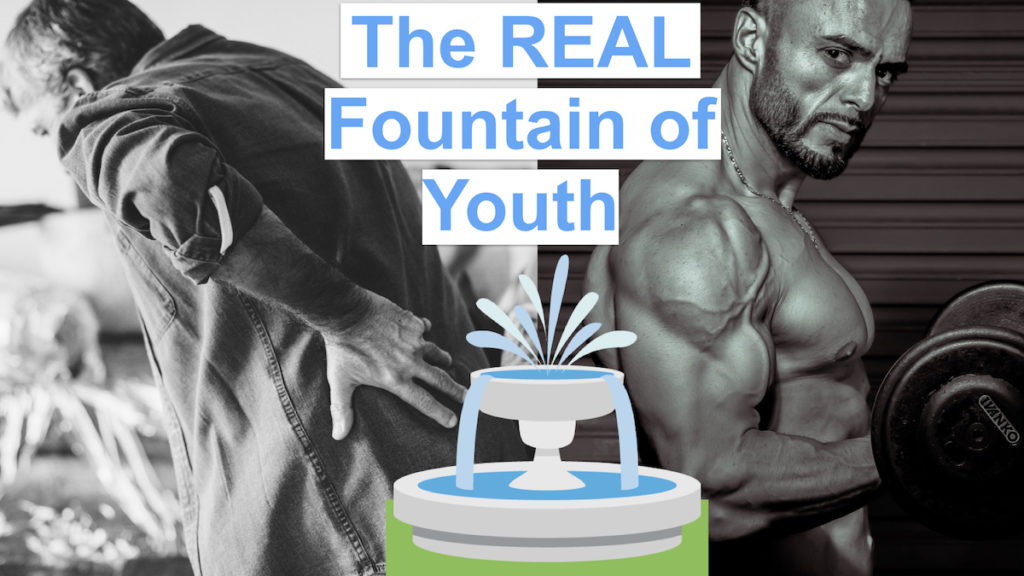 This is important because increasing your growth hormones naturally comes with a boat load of benefits like increased muscle strength, better fracture healing, enhanced weight loss, stronger bones, reduced cardiovascular disease, improvement in erectile dysfunction, decreased obesity, better mood and cognitive function, better sleep, and has real anti aging effects that I’m gonna show you in a minute here. Even without it’s performance enhancing effects if you’re not into sports, it still has a lot of desirable benefits that you would want.

But first, let’s quickly define what this miraculous hormone actually is.

Human growth hormone is naturally produced in the pituitary gland and plays a vital role in cell regeneration, growth, and maintaining healthy human tissue, including your brain and various vital organs. And the name speaks for itself. It’s the hormone that’s responsible for your growth from a tiny little baby to a full grown adult.

The problem is, HGH typically goes down with age and abnormally low levels may lead to lower muscle and bone mass. And that’s why people resort to taking it in it’s synthetic form. There was a 6 month study in a  New England Journal of Medicine article about the effects of giving synthetic HGH to older people with very low levels of growth hormones and the results are absolutely staggering. The HGH group increased their lean mass by 8.8%. Fat mass decreased by 14.2%. And their skin thickness improved.

So they lost fat, increased their muscle mass, and improved their skin complexion. Isn’t that the definition of anti aging? In a 2002 JAMA article, similar results were obtained in women as well.

So that sounds great. So, why aren’t we using it for everybody? Well, there’s something called negative side effects if you take HGH in it’s synthetic form. So, that’s not very good. But hey, it’s not all doom and gloom. Here are four easy ways on how to increase hgh naturally.

How to increase HGH naturally

This might be the fastest and easiest way to increases HGH naturally so let’s start with that. The majority of HGH is released in pulses when you sleep. These pulses are based on your body’s internal clock or circadian rhythm. If you look at this graph, the largest pulses occur before midnight with some smaller pulses in the early morning.

Why is this important? Well, studies have shown that poor sleep can reduce the amount of HGH your body produces. That’s one of the reasons why getting a good night’s sleep is so important to maintaining optimal health. And it’s free! Try to get a minimum of 7-9 hours of sleep in a pitch black room every night. This is simply non negotiable. I’ve never met anyone who complained about getting a good night’s rest.

Multiple studies show that fasting leads to a major increase in HGH levels along with a boat load of benefits that I talk about in my other videos. You can check them out here. Intermittent fasting can help optimize HGH levels by keeping your insulin levels low for most of the day, because every time you eat, assuming it’s a blend of carbs, fat, and protein, your insulin goes up. And that spike in insulin disrupts your natural growth hormone production.

One study found large differences in HGH levels on the fasting day compared to days where you eat.

One study found that three days into a fast, HGH levels increased by over 300%. I experienced this first hand when I did a 3 day water fast and I worked out every day and felt strong the entire time. It gets better. After one week of fasting, HGH had increased by a mind blowing 1,250%. And this is simply a survival mechanism by our bodies. When food wasn’t available back in our hunter gatherer days, our bodies naturally elevated our hgh so we can stay strong and keep hunting for food. We would’ve gone extinct as a species if our bodies didn’t have this capability. Even a short 24 hour fast can increase testosterone levels by 180%.

Other studies have found similar effects, with double or triple HGH levels after just 2–3 days of fasting. All this HGH increases without using drugs. And it’s free! All you have to do is take a break from eating every once in a while. Now, one of the biggest benefits of intermittent fasting is that you lose weight. Specifically body fat. And that is tip number three.

The amount of body fat you carry is directly related to your HGH production.

Those with higher body fat levels or more belly fat will likely have impaired HGH production and an increased risk of metabolic syndrome and other types of disease. One study showed that people with three times the amount of belly fat as the control group had less than half their amount of HGH.

After losing a significant amount of weight, their levels returned to normal.

And this can easily be achieved through intermittent fasting. And if you want a proven step-by-step plan that you can follow, then make sure you stick around until the end of the video.

Exercise is one of the most effective ways to significantly raise your HGH levels. But I’m not talking about long drawn out boring workouts here. And I always say that if you can watch TV or read a book while you’re working out, then you’re doing it wrong. I’m talking about 10-15 minutes of high intensity interval training. Or HIIT for short. Studies have shown that due to its metabolic nature and increase in lactic acid, high-intensity exercise increases HGH the most.  And based on my personal experience with this, it works.

But hey, all forms of exercise are beneficial. Especially if you’re starting from scratch. Even going for a walk helps.

By following these four easy tips, you can increase your HGH levels fairly easily and reap all of it’s benefits.